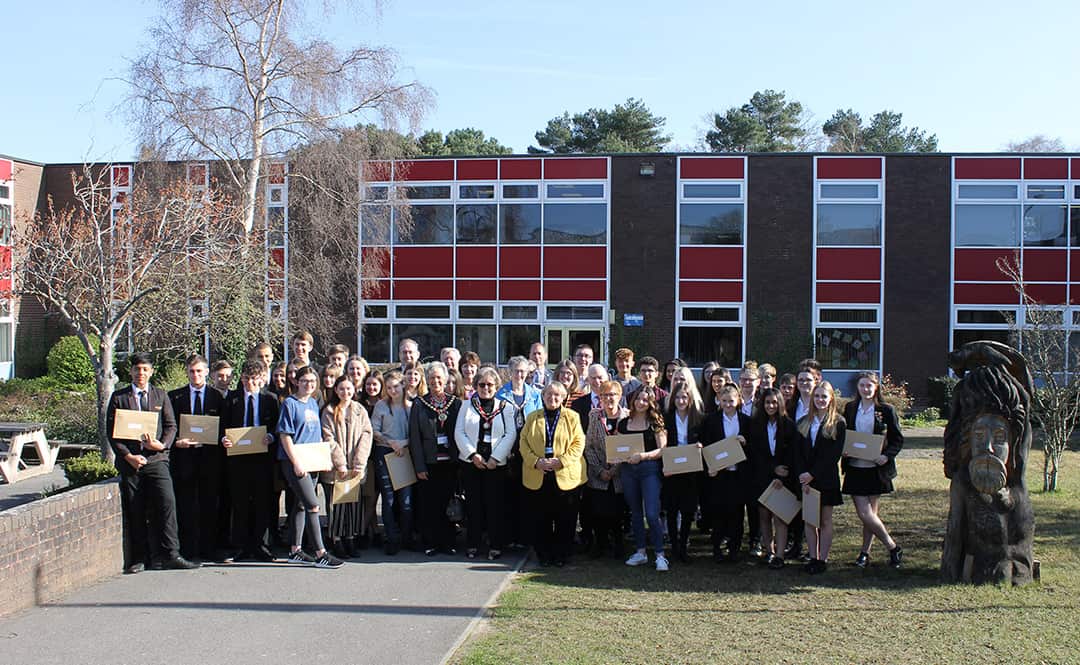 Here at the John Thornton Young Achievers Foundation (JTYAF) we were delighted to be able to put smiles on the faces of the JTYAF award winners at Ferndown Upper School. The school closed on Friday March 20th in line with national government advice.  The Awards Assembly planned for 30th March therefore had to be cancelled but we were able to get the cheques and certificates out to the students just before the school closed it’s doors.  At such an uncertain and challenging time for young people at least the JTYAF was able to bring a little sunshine into a very difficult day.   The assembly on the 30th had been scheduled to coincide with the 12th anniversary of John’s death and would have been a poignant tribute to him as a former pupil.

We were incredibly impressed by the quality of the FUS applications this year and delighted to award 6 scholarships and 34 bursaries which totalled over £17,000.

No less than three GB athletes received scholarships to support their training and development.  A triathlete, a netball player and a cyclist, all incredibly talented and training with the GB squads for their respective sports.  A music scholarship was awarded to a gifted musician which will contribute towards an acoustic drum kit, enabling him to develop his talents further.  Another talented musician was supported with the equipment that she needed to pursue her passion in music and improve the quality of her performance.  A PADI Open Water Course will also support a photographer to move towards achieving his ambition of studying the oceans and helping to protect the environment.

Bursary awards ranged from funding for Motocross boots and helmet, supporting a young man in his attempt to qualify for the National Championships, through to funding the cost of a ‘Lessons from Auschwitz’ history trip.  8 students received a contribution towards the cost of their World Challenge Community Project to Vietnam and Laos and 4 had funding to help with the cost of an Intensive Spanish Course in Alicante.  These trips are obviously now in doubt, but hopefully when we come out the other side of Covid-19 they will be rearranged.  Students taking A-Level and GCSE Photography made successful applications for cameras, printers and lenses, and two students aiming to follow careers in Fashion and Design received funding for sewing machines.  This list is endless, but this gives you a taste of the diversity that the JTYAF encourages and we wish the students at Ferndown Upper School every success for the future.

(The photo is of last year’s winners, as we were unable to get one for this year.)