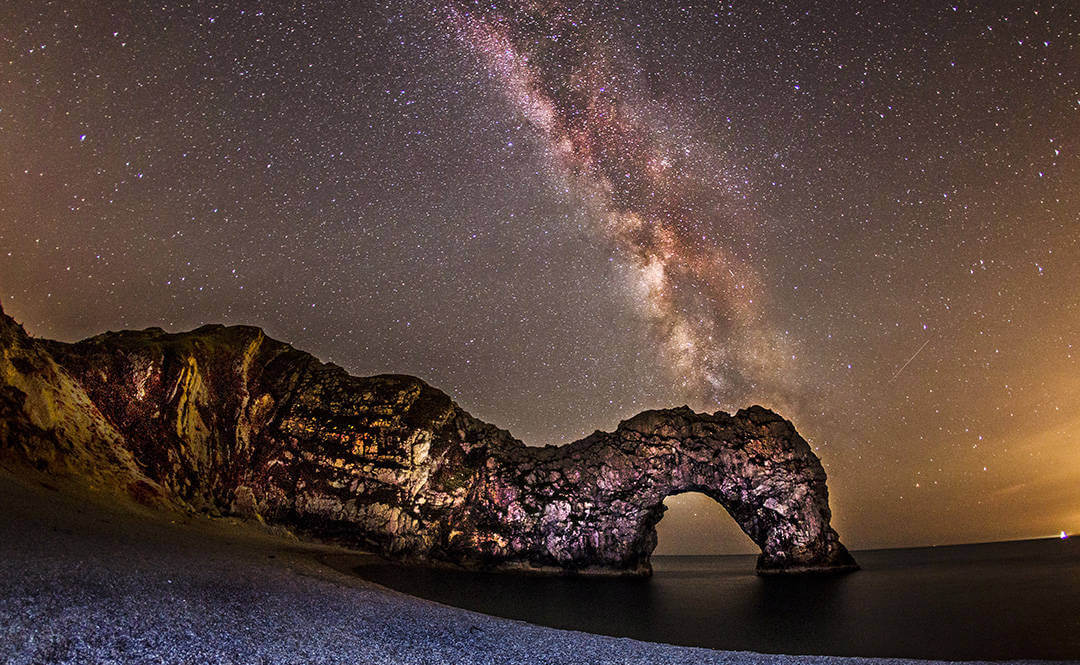 Welcome to the first Dorset Publications Stargazing feature. Each month I’ll be describing astronomical events that are happening overhead in our beautiful night skies. The majority of them are viewable just by stepping out at the appropriate time and looking up, but some may require a particular vantage point (for instance, a clear view to the west). A cloudless night is also required! Some viewings will benefit from using binoculars or a small telescope if you have one, but all can be enjoyed without either.

With many of us having to distance ourselves from our routines for a while, observing the night sky may help bring us a sense of serenity and calm. It doesn’t cost anything to look up, and many amateur observers have said that the reward for becoming a little more knowledgeable with the night sky fills them not only with great joy, but it is as if the stars and planets become familiar friends.

The International Space Station (ISS) is visible in our night skies, but often at unsociable hours! Luckily, on both the 2nd and 4th of April it will be viewable for five minutes in our evening skies, rising just after 8.40pm in the west, travelling towards the south-east (moving towards the left as we view it). The 2nd April visible pass is the better one to observe as the ISS will be brighter and higher in the sky. A good, cloudless view west is preferable, and if houses block your view why not try out of a bedroom window.

If you’ve noticed a bright ‘star’ in the western sky after the sun sets recently, that is actually the planet Venus. Venus is a beautiful object to look at, but is made even more so this month by lining up next to two other night sky objects this month. On the 3rd of April it appears to join the Pleiades cluster of seven stars in the constellation Taurus (see diagram). This view would be enhanced with a small pair of binoculars). Later in the month the crescent Moon is near Venus just after sunset on the 26th. Venus is above and to the right of the Moon. Those of you who have a telescope can see Venus in its crescent phase around this time – a spectacular sight.

Currently these three planets are only visible in our (very early) morning skies. Look south-east towards dawn during the whole of April, and the planets will form a rough line low on the horizon. Mars is furthest to the east (left), and should be distinguishable by its reddish colour. Saturn is yellowy-white and lies in between Mars, and Jupiter (on the right). The Moon joins the scene to make for very pretty viewing on the 15th and 16th (see diagram). 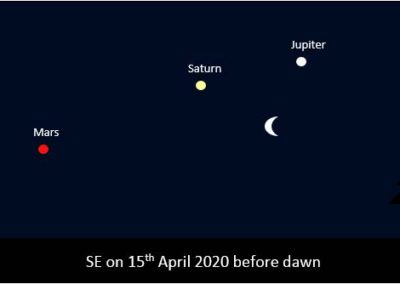 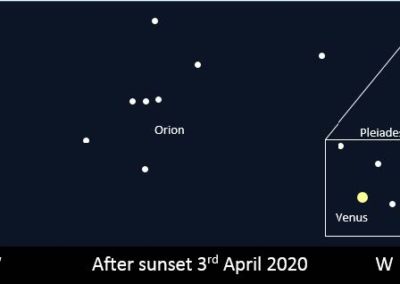