Daichi, the Dashing Dude takes us to see Dinosaur Footprints! 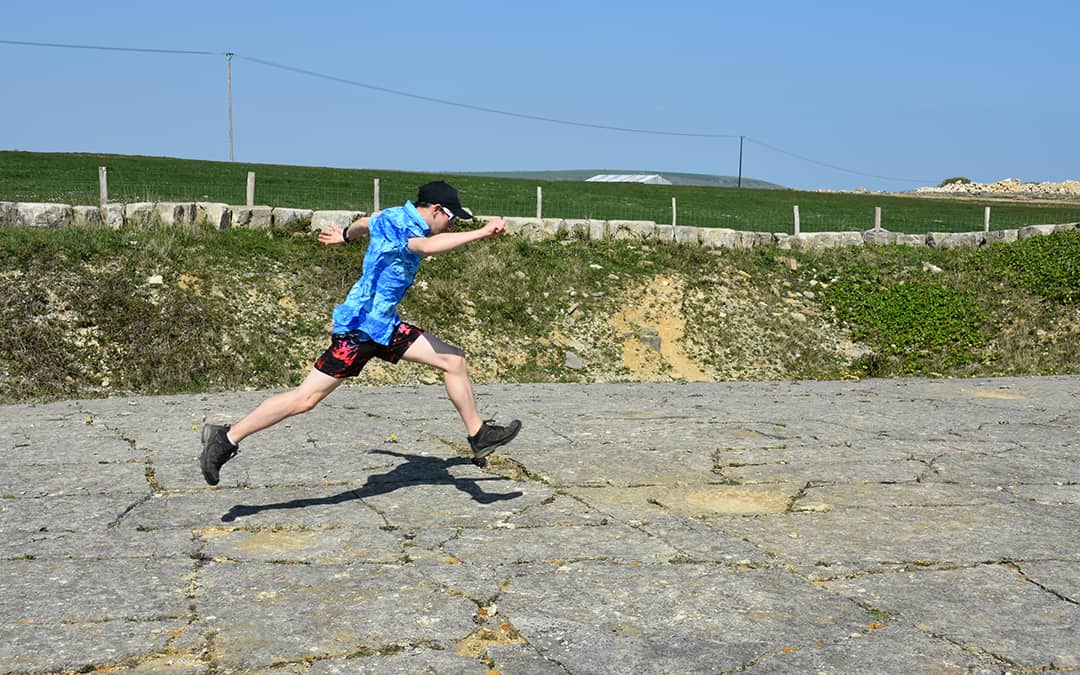 A Step Back in Time!

Daichi, otherwise known as “The Dashing Dude”, our new Dorset Publications Campervan, sees himself as a young, playful yet rather debonair kind of guy, so when he decided to take us to see the Dinosaur Footprints in the Purbecks, we were rather surprised! How can anything be that old!? (Did I look in the mirror this morning…) How on earth can these footprints be engraved for so long in the hard Purbeck stone? What a feat of nature. Our Jurassic Coastline is packed with amazing history for us to explore and marvel at. Daichi could not wait to get us there.

Dashing along the country roads, bouncing over the hills with magnificent views over the rolling countryside, Daichi was in his element. How glad he is, that he travelled over thousands of miles of terrain to finally arrive on our beautiful English soil.

These incredible footprints can be found at Keats Quarry along the Priest’s Way on the Purbeck Coastline. Can you believe that these dinosaurs roamed our land some 140 million years ago! (I do not feel so bad about my age after all.) Yes, that long ago and we can still see their footprints today, fossilized in the rock. It is thought that this was a shallow lagoon where these brachiosaurs (translated as “arm lizard”) would gather to drink together. These were long necked plant eating dinosaurs, around 50 tonnes each. That is FIVE times the weight of a modern elephant, measuring more than 25 metres from nose to tail. That’s BIG!

The environment was very different then too and shows the ever-changing climate that we live in. Paleontologists (that is a big word… ) believe that this area was a sub-tropical wilderness of coastal forests and swamps. Over time the footprints left in the soft mud were covered over by layers of rock and preserved as the fossils we see today. How exciting!

Hayden had great fun trying to step from footprint to footprint, to literally follow in the dinosaurs’ footsteps. He finished up leaping (boys…) across at full stride, but even that was not enough. These dinosaurs were massive. Quarrymen Kevin Keates and Trevor Haysom discovered this amazing find in 1997 when the site was still being worked. Daichi is certainly glad they did. What a find!

The famous Dancing Ledge is nearby and Daichi was all ears when he found out that this pool was blasted out of the rocks by a former headmaster of Dunford School, so that the pupils could swim in the summer. The school sadly no longer exits but its salty water pool enjoyed by thousands over the years, is a playful legacy it has left behind.

It so happens that Hayden, our son had been doing his Duke of Edinburgh Award with his school, and by chance he had done his expedition in the Purbecks with his friends. They had walked for two full days, carrying all their equipment, from the car park at the Sandbanks Chain Ferry to Corfe Castle where they camped for the night, then onto Swanage the next day. They looked pretty exhausted, but all were smiling when they arrived triumphant at their destination. I am sure the dinosaurs would have done this route in no time, with those powerfully long, yet graceful legs. It is fascinating to think that these boys and girls in 2019 took a very similar route to those amazing, extinct creatures of yesteryear, some 140 million years ago. Now there is a thought…

Daichi was very proud he took us to somewhere we had never been before. That is his purpose, with his chirpy step and tooting horn. Where will he take us next, I wonder? 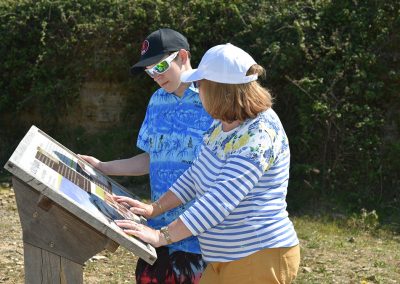 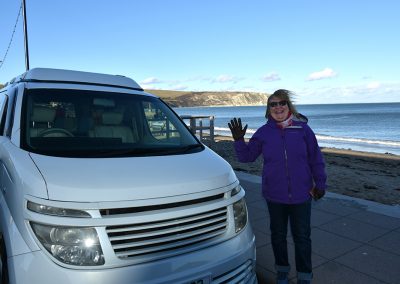 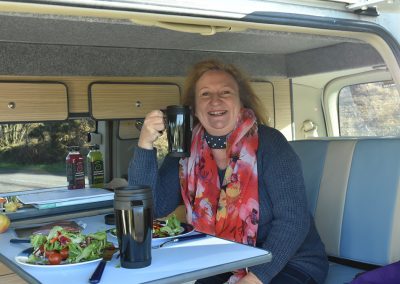