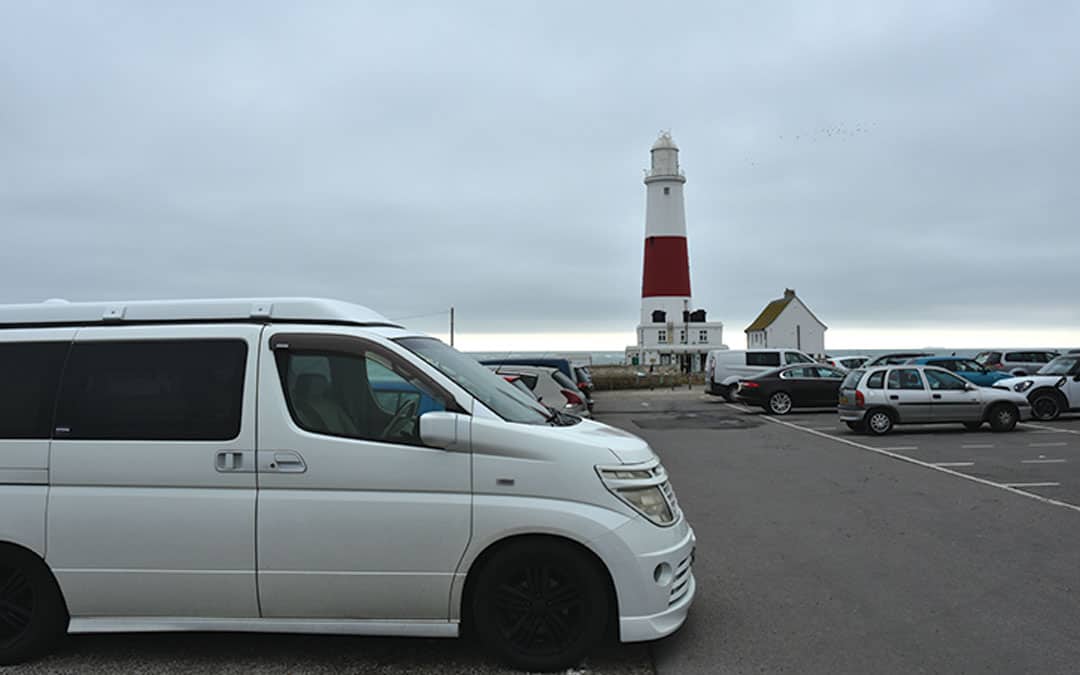 “Daichi, The Dashing Dude” has finally made it! The NEW Dorset Publications Campervan has travelled across barren land and rough seas to get here. All the way from Japan, just to be with us. We love him! He is pearly white and is still wearing his posh kimono. Nellie had long skirts to cover up her rather large thighs, whereas Daichi likes to think he is rather sophisticated, debonair, and has an eye for the girl vans. In fact, “The Dashing Dude” as we have nicknamed him, is a play on words as he believes he is good looking, stylish and fashionable. It is all part of his charm. He also loves to run around and have fun. So, dashing he is, and otherwise known as “Dash” to his friends.

Daichi is his official Japanese name, (dai) meaning “big, great” combined with (chi) meaning “wisdom, intellect”. As Daichi is full of himself and a little over confident, this seems rather appropriate. He even speaks Japanese when we switch on his purring, seductive engine. “Ha Dor!” and other words I have yet to discover the meaning of, he expels in a rather high pitched, very cute voice. (Don’t tell him I said that, boys do not like it). We hope you like reading about his exploits and antics as he whisks us to exciting places around England and particularly here on the Southern Coast. Here’s to having some family fun…

Our first trip was to Portland just along the coast from Weymouth. We had never been there before, and boy were we lucky with the weather. Dash was extremely happy. So were we. We climbed all the 165 muscle tasking steps up the Portland Bill lighthouse. What views from the top! Currently there is the amazing huge magnifying lamp which shines across the English Channel to warn our ships at sea of potential danger. The lamp will soon be replaced by a more modern system of LED lights. Sad really, but times move on as we all know too well.

The majestic lighthouse demanding attention on the clifftop also has that eerie foghorn sound which haunts the waves in times of fog. There have indeed been a massive 113 shipwrecks along this coast, due to its shallow reefs and the strong Portland tidal race. Daichi decided to keep his nifty wheels firmly fixed on the solid ground.

A meal overlooking the crystal blue sea was a well-deserved treat after all that climbing. The café was a welcome sight. We ate outside!

Portland of course is famous for its Portland Stone. Dash, knowing what boys are like and having empathy with Hayden our 15 year old active teenager arranged a “Geo Cache” hunt for us to do. Geo Caching is a modern-day treasure hunt. There are hundreds of walks you can find online. Some are still free, but there is now a small charge of around £20 for the year for the keener walkers. It is a fun way to follow coordinates and eventually find a box (the treasure!).

The stones enroute, carved by artists, were quite amazing. A Falling man, chairs, hearths, octopus, bear, a whale and lots more. My favourite was the mythical Portland Dog Beast, the Roy Dog. Carved by Damien Briggs, this beast has fiery eyes, one green, one red and it was said that he lived in the Cave Hole where he would drag any travellers passing by, into its watery hideout. Brrr…. It even has the eyes of its victims embedded into its stony fur. Daichi is beginning to wonder about us Brits… We love our legends don’t we.

Another way to explore our incredibly homeland are Treasure Trails. Again, available online to buy at just £6.99 per walk. Daichi chose the Pirates Graveyard one for us. (Is he trying to tell us something?) This was an intriguing walk along the coast and through the graveyard with skull and crossbones engraved in the stones. Contrary to popular belief, these are not pirates’ graveyards, but just images to ward off the evil spirits in the afterlife. The cove we passed, Church Ope, was gorgeous. We would love to go back there.

There are stunning views from all over Portland. It really is a fantastic place to visit. It has seen busier times, with the Naval Base and the famous 18 mile long Chesil Beach where the American troops embarked on their journey to Nazi occupied France in the second World War. My Dad aged 83 told me that he, his Mum and sister regularly travelled to Portland all the way from Hull to see his Dad who was stationed there in the Navy. He remembered a day when a German plane was flying down the coast, being fired at by our anti-aircraft guns from the beach. The exploding shells got closer and closer, until the plane dived and escaped! Today it is a gorgeous stretch of pebbled beach with crashing waves and wonderful sunsets.

Daichi is ecstatic to be here with us. He thoroughly enjoyed his first trip and is very excited about where he will transport us to next… where will that be? 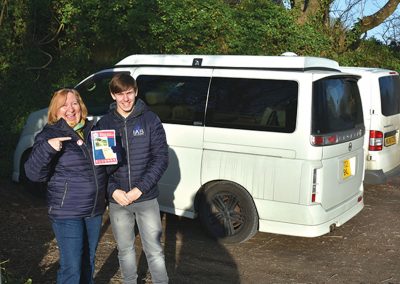 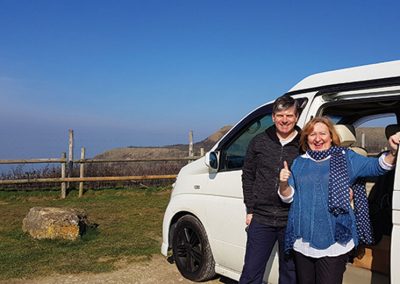 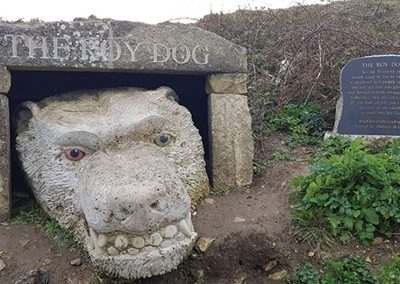